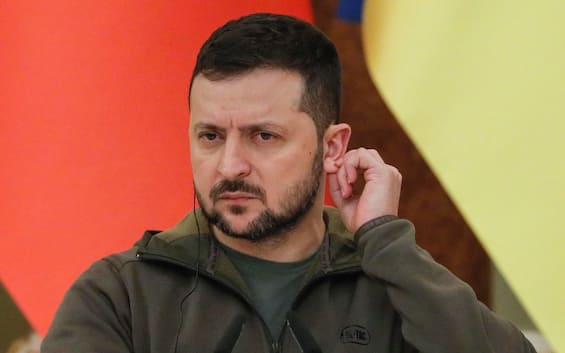 Zelensky does not believe in Moscow opening up any negotiations, but believes that it is simply a tactic to buy time. The Ukrainian president is certain that “only the Kremlin, only one person who leads Russia, is not tired of this war, and it is Putin. The Russian president may be tired of life because of his age, but he is certainly not tired of the war “(WAR IN UKRAINE, LIVE UPDATES ON THE CONFLICT).

According to Zelensky, the Russian statements on the peace talks remain only words. “Words that are not enough – he added – Stop the war, leave our territory, stop killing people, start repairing the damage caused to our country, bring criminals to justice … But for now, these are just words. “

“Negotiations possible only with a different Russia”

“I have heard nothing but ultimatum from the current president of the Russian Federation, Zelensky said. Starting from February 24, the Ukrainian president continued,” speaking of denazification and demilitarization, there have been only ultimatums and the intention to always deprive ourselves of something, of our own land. That is why I said that I will not speak to this person if he authorizes and calls for fictitious referendums. It would be a lack of respect for our people, for our rights and our freedoms. But I haven’t closed the door to negotiations. I said we will be ready to speak with Russia, but with a different Russia. “