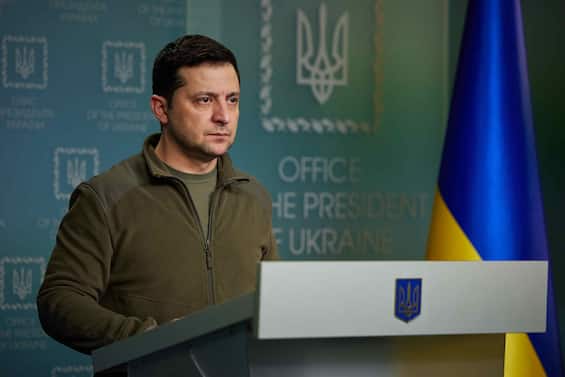 “A warm greeting from Ukraine to all fans of football, life and peace. Today we will witness the celebration of the human nature of sport. These World Cups have repeatedly demonstrated that different countries and nationalities can decide who is the strongest in fair play, but not by playing with fire. It must be played on the green field, not on the red battlefield. This is the dream of many people, when teams take the field surrounded by people who live in peace”. This was the incipit of the video message that Zelensky had prepared for the World Cup final between France and Argentina and that Fifa blocked.

But Zelensky doesn’t give up: “There’s still time for Fifa to rethink it and unblock the display of this message. Fifa should not fear that words of peace will be heard during the world celebrations of football, which represent peace. The president, after Fifa’s no, posted the video on Instagram with his words: “Every father in the world would like to take his children to the stadium to watch a game and every mother would like to see their children come back from the war: Ukraine wants peace more than anything else in the world. We have offered the formula of peace to the world, because there are no champions at war and there can be no draw.”

And so the Ukrainian leader launched the proposal to organize this winter a “summit to unite all the nations of the world around the cause of global peace, the Global Peace Formula Summit”. And Zelensky therefore concluded: “The stadiums remain empty after the matches, the cities remain empty after the wars: for this reason the war must end and peace must win. A World War, not a World War. It’s possible! I invite you to support Ukraine to restore peace, to participate in the Global Peace Formula Summit and let us witness together the final of the World Cup, and the end of the war in Ukraine. Good ending”.