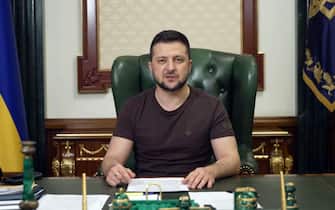 The Ukrainian president Volodymyr Zelensky keep asking for help against the Russiavirtually visiting the parliaments of other countries and holding speeches, from the US Congress to the EU Parliament. Depending on the interlocutor, Zelensky touches on different themes in his interventions, naming the history And cultural identity of the country to which it is addressed. Here are all the his quotes

In the speech to the House of Commons of the UKon March 8, Zelensky sued Winston Churchill And Shakespeare. “We do not want to lose what is ours as in the past you did not want to” surrender in the face of “the Nazi invasion”. Quoting the Churchill’s famous speech he said: “We will fight by sea and by air. We will fight in the forests, in the fields, on the banks and in the streets ”

War in Ukraine, Zelensky in the House of Commons: “NATO did not behave as it should”

In another appeal to the national pride of the British, Zelensky quoted Shakespeare and the sentence Hamlet “to be or not to be”. He asked to respect the choice of the Ukrainians, who have chosen life and sovereignty, or, simply, to “be”

TO Ottawa Zelensky turned to the Canadian parliament, on March 15. “Justin, can you imagine what it means for your children to hear the bombing at 4am every day? See your cities destroyed? Your people die?” He said calling the prime minister. Justin Trudeau by name. “Imagine if someone occupied Vancouver like Mariupol, bombed the CN Tower or the children’s playgrounds”

The next day Zelensky turned to Congress of the United States. The Ukrainian president compared the war in his country to attacks of 11 September 2001: “Think about Pearl Harbor, think about 9/11. We in Ukraine have been living on September 11 for three weeks ”

Ukrainian war, Zelensky: “We have been living 9/11 for weeks”. Biden: “Anti-aircraft weapons are coming”

Then he also quoted the famous phrase from the speech of Martin Luther King. “I have a dream. You say ‘I have a dream’, I can tell you ‘I have a need’to protect our skies “, he pressed, asking the United States to” do more ”

On March 17, the Ukrainian president spoke to Bundestag German. Zelensky referred to the Berlin Wall, saying that “with every bomb that falls, every decision that is not made – despite the fact that you could help us – a Wall stronger and stronger between Ukraine and Europe ”

Then he turned to the Chancellor Scholz: “Chancellor Scholz, tear down this wall. You show the leadership that Germany deserves, and your successors will only be proud of you. Support the Ukrainians and help us stop this war ”, quoting Ronald Regan who asked to “pull down the wall” in Berlin by turning to Gorbachev

On March 20 Zelensky addressed the parliamentarians of the Knesset Of Israel and to all the people. His speech was screened in Habima Square in Tel Aviv. The Ukrainian president, who has Jewish origins, has made several references to Shoah

The Russians “are using these words again, ‘the final solution’in relation to us, the Ukrainian nation, “he said. The invasion of Russia” is aimed at destroying the people of Ukraine and that is why it looks like what the Nazis they did to the Jewish people during the Shoah”

Zelensky also addressed the European Parliament. In his speech to MEPs on March 1, he said that Ukraine is not yet part of the European Union, but is already doing more than any other member to safeguard their values: “Show that you are truly European, and then life will win over death, and the light will win over the darkness”