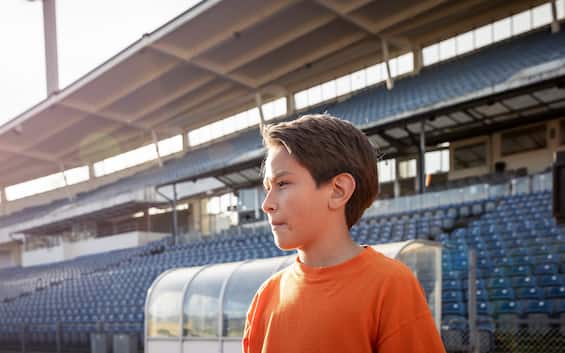 Arrives on first TV on Monday 27 June Zlatanat 9.15 pm on Sky Cinema Uno and Sky Cinema 4K (and at 9.45pm also on Sky Cinema Drama), streaming on NOW and available on demand also in 4K quality. The biopic, part of the autobiography Me, Ibra written by David Lagercrantz with Zlatan Ibrahimović, it tells the rise of the great football champion, focusing on his childhood and adolescence, up to his first major international engagements.

Directed by Jens Sjögren, the protagonists are Granit Rushit and Dominic Andersson Bajraktari, who play Ibrahimović as an adult and as a child, Cedomir Glisovic and Merima Dizdarević, respectively the father and mother of the champion, Emmanuele Aita in the role of Mino Raiola and Duccio Camerini in the role of Luciano Moggi. The film is produced by BR • F and B-Reel Films AB and distributed by Universal Pictures and Lucky Red in association with 3 MARYS.

The story of growth and transformation of a man who went from the suburbs to success. Football was the liberation of Zlatan Ibrahimovic from a difficult environment: his remarkable talent and self-confidence catapulted him against all odds to the top of international football, leading him to play in teams such as Ajax Amsterdam, Juventus, Inter Milan, Barcelona, ​​Paris Saint Germain and Manchester United.