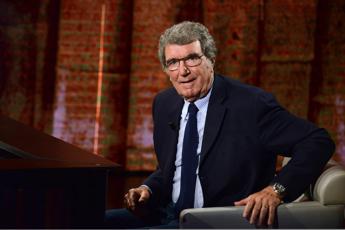 The captain of the 82 national team: “We will not miss the chance in the playoffs”

Italy will reach the 2022 World Cup qualification. Dino Zoff, captain of the 1982 world champion national team is convinced of this. once the difficulties arose, it must also be said that an important player such as Immobile was missing and all this made things even more complicated. However, I am always confident for the playoffs, I am sure that we will not miss this opportunity to qualify for the next world championships “, says Zoff to Adnkronos commenting on the 0-0 draw of the Azzurri in Belfast, a result that forces Mancini’s team to play the playoffs to access the World Cup in Qatar.

“Team over and Mancini exhausted the cycle? Not at all, I have absolute confidence in Roberto, he will do well in the near future”, echoes Marco Tardelli. “I only saw a team with many absent and with some problems, with Northern Ireland they could win and they didn’t. I have a lot of faith in this team, and besides I know these events well: after a great event won there is a decline, but it is absolutely not at the end of the line. And absolutely confidence in Mancini, he is the one who invented it. I think the only big mistake was the draw with Bulgaria, but he has always played great matches. “